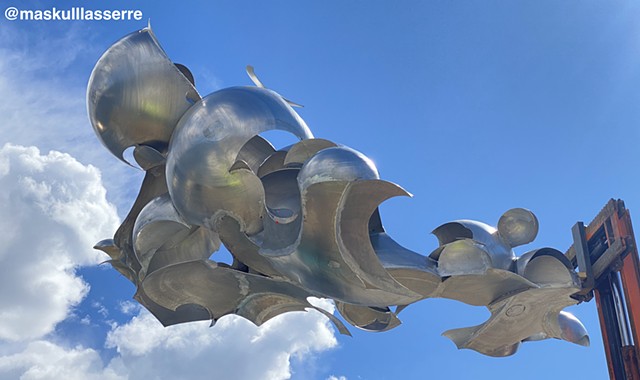 Vancouver Biennale 2020 - 2022, Vancouver BC, Acoustic Anvil, a Small Weight to Forge the Sea

Arsenal Contemporary Art NYC Theory of Prose (Tools for a Second Eden) January 28 - March 20, 2021. 214 Bowery, New York, NY Lasserre’s sculptures and drawings explore the unexpected potential of the everyday through allegories of subject, material, and utility. Elements of nostalgia, accident, humor, and the macabre are incorporated into works that induce strangeness in the familiar, and provoke uncertainty in the expected.

Lasserre is represented in the collections of the Canadian National War Museum, the Musée des beaux-arts de Montréal, and Government of Canada amongst others. He has exhibited across Canada, in the United States and in Europe, including at the Museum of Arts and Design in New York, the GRASSI Museum in Germany, and at Banksy’s Dismaland in the UK. He was also a participant in the Canadian Forces War Artist Program in Afghanistan.