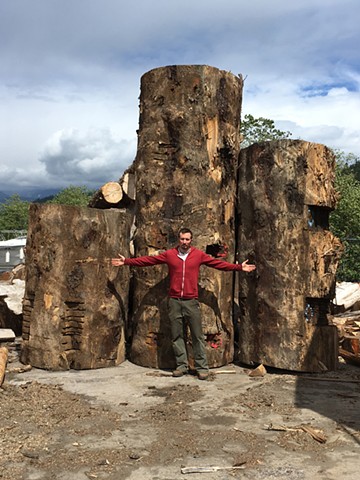 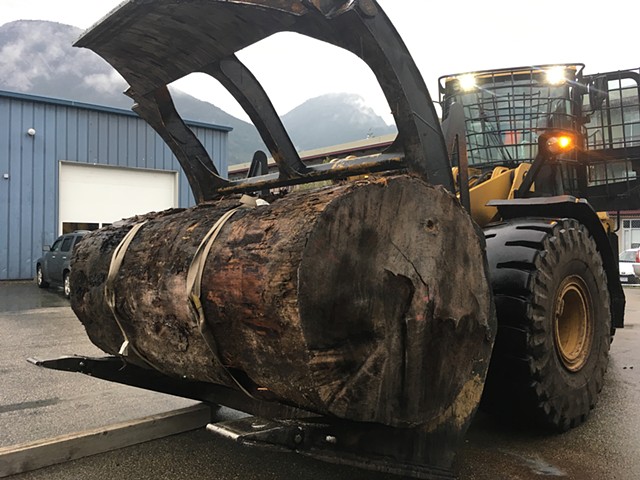 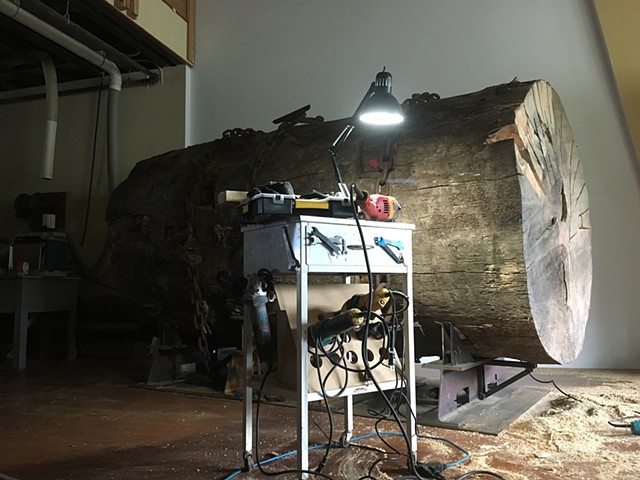 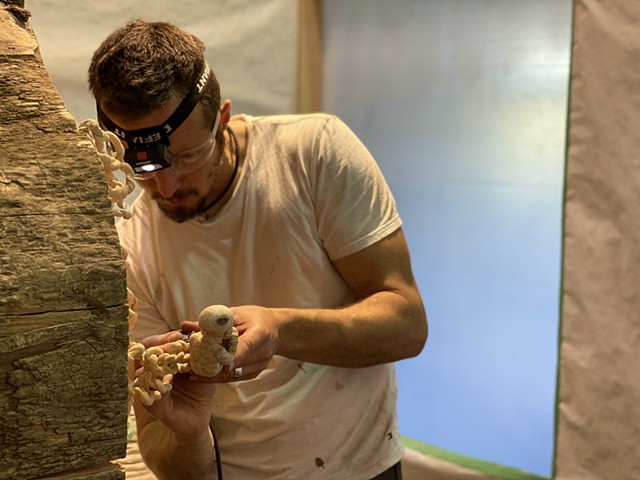 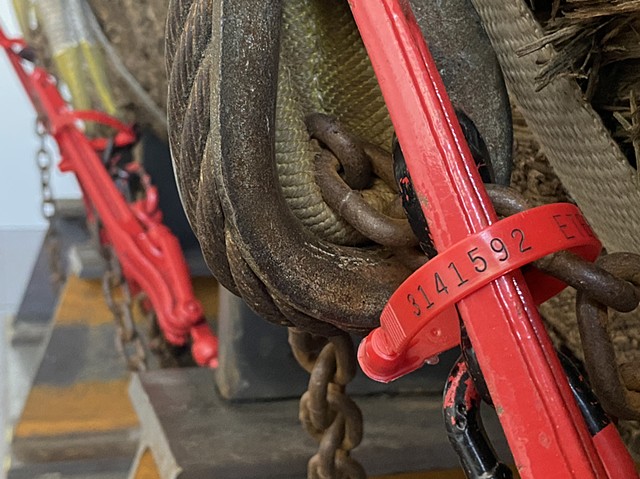 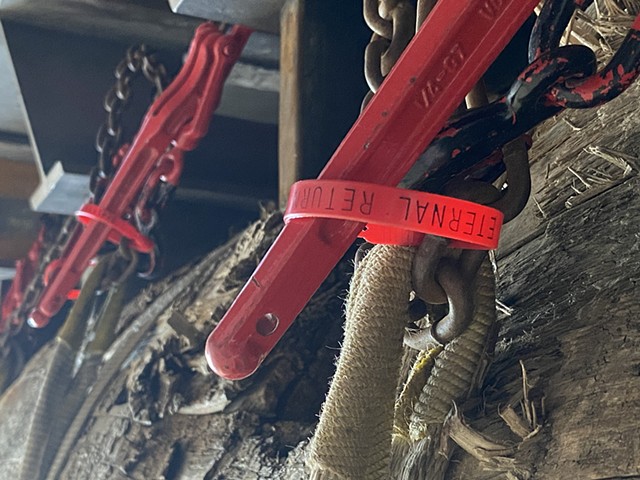 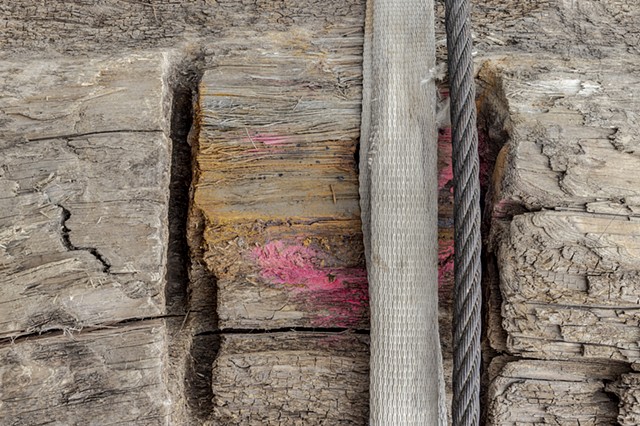 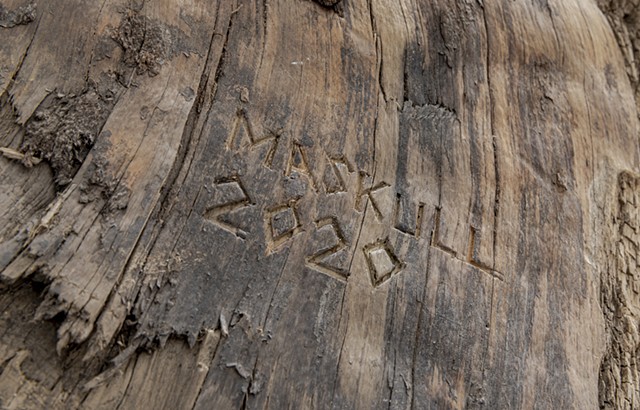 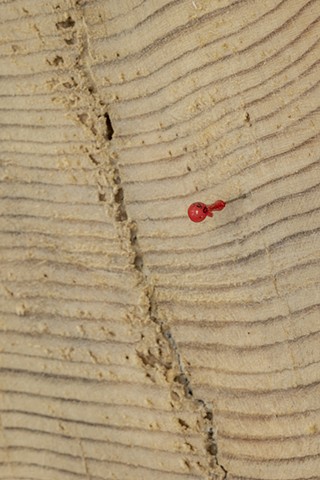 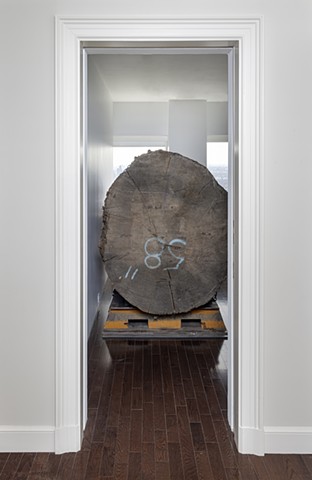 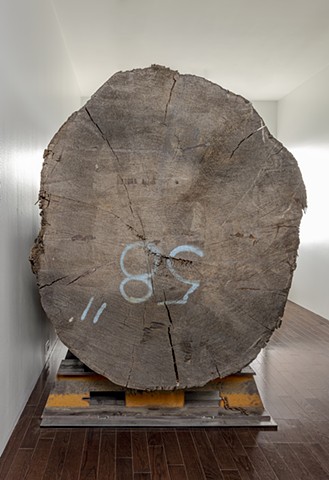 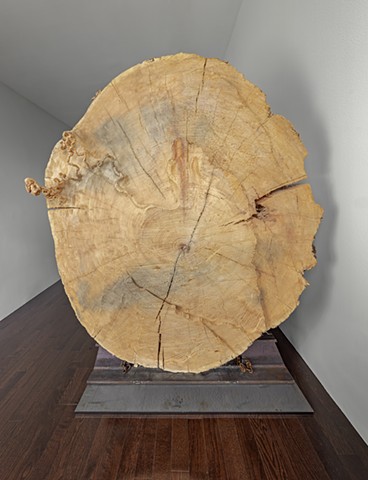 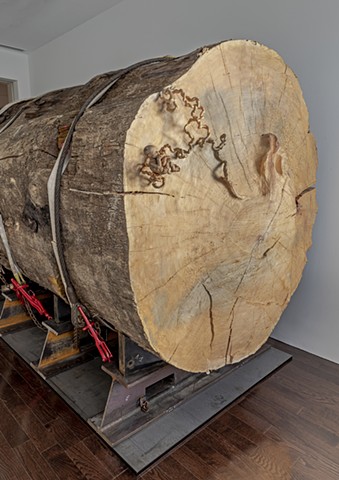 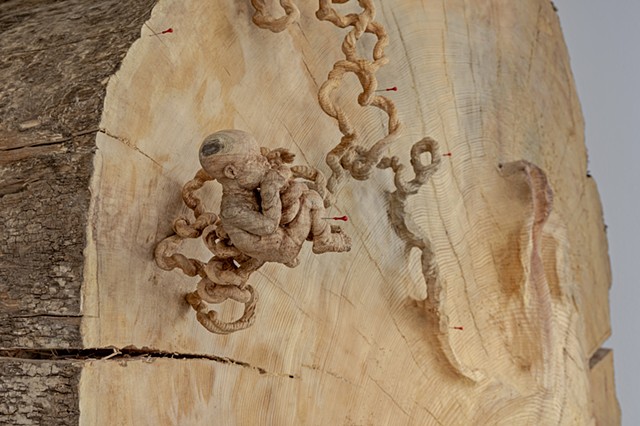 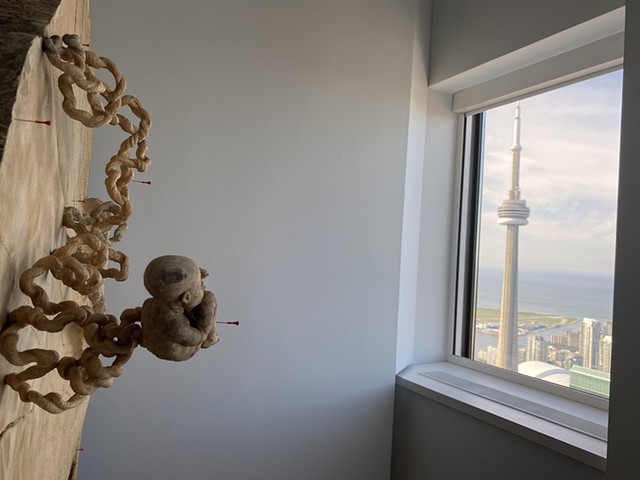 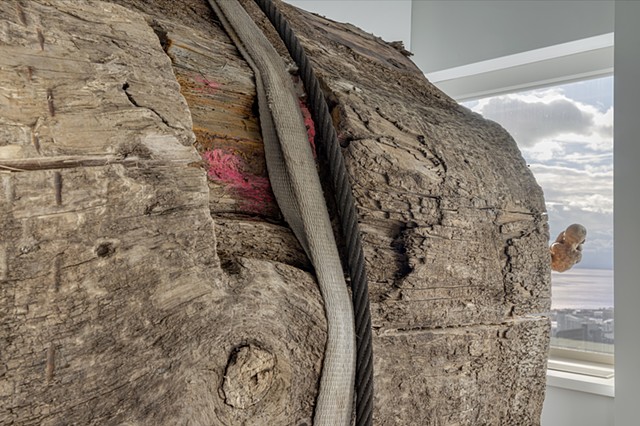 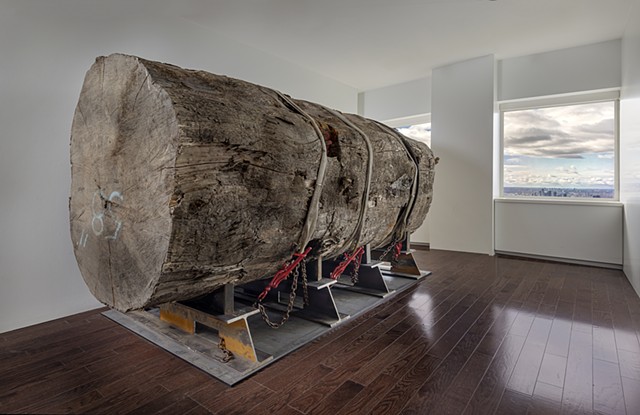 Eternal return (or eternal recurrence) is a theory that all existence has been recurring, and will continue to recur, across infinite time and space. Eternal return is based on the philosophy of pre-determinism in that people are predestined to continue repeating the same events into eternity.

Load binders hold log 58 to its heavy dunnage beams. Security seals that bear the work's title count up consecutively from the number Pi. This length of old-growth Sitka Spruce belonged to a tree harvested, mid last century, from Sḵwx̱wú7mesh territory in British Columbia. The Empire Lumber company used this trunk to float an industrial structure which eventually fell into the possession of a drifter. This man inhabited it, moored on the western side of the Skwelwil'em Estuary, alone and undisturbed. In 2017 the float was demolished ahead of development on the Squamish waterfront, and this section of trunk, driven through town in the front grapple of a logging skidder, was delivered to my studio. Evidence of its crude industrial past remains undisturbed on all but one end of log 58. The far chain-sawed face has been pared back to reveal a carved form, still tenuously connected to the tree's annual rings. Within this log's physical matter is captured half a millennium of both nature's process and human intent - my own being just the most recent. The raw and abraded surface, scarred by fire, water, and the gamut of human intersessions, almost obscure the internal delicacy of the wood itself. In the annual layering of paper-fine growth rings is the stored potential for an orchestra of soundboards, the timbers for a home, the decks of a boat, the airframe for a floatplane, or the delicate anatomy of a human child. To all these histories, I have added a few years of my own. From all these potentials, I have subtracted all but the one that remains. If there is an allegory to be found here between brute mass and tenuous delicacy, a number imbedded in circular geometry that never ends and never repeats, or a resonance that ripples out from growth rings to rigging straps to the human story they now tell, this is probably enough. But maybe it will help to think of the towering height of this tree in coastal rain, before European settlers ever calculated its volume or contemplated its value, or of its gentle roll in the waves as it housed a sleeping man who dreamed of flight. Or that the sound of my tool, as it reverberated through the wood in the final strokes of carving sounded, for all the world, like a baby's cry.