At zero eight hundred hours, March 2010, the air dusty and already acrid with avgas and exploded ordinance, a convoy was to deploy on foot from Forward Operating Base Masum Ghar in Kandahar province, Afghanistan, with aid for a nearby town. They would then join a convoy of LAV-25s and Afghan National Army trucks on patrol. Strapping on his helmet, Maskull Lasserre asked, on a scale of one to 10, how dangerous the mission would be. A participant in the Canadian Forces Artists Program, with Princess Patricia’s Canadian Light Infantry, Lasserre wanted to experience everything possible in his two weeks. He also, however, wanted to know the chances he’d be coming back without his legs. But the answer was always a blasé, “It’s busy.” Such is our capacity to normalize even the extreme reality of war, where the sterile air of antiseptic from the trauma wards reminds you it’s kill or be killed. Everything is of consequence.

This realization numbed Lasserre for months upon his return. Cognizant of the incredible capabilities of his body, he struggled to find necessity and value in much of his life in Montreal. It’s taken him three years to address this experience. Perimeter marks his first attempt.

Accelerating established themes in his practice, Lasserre is stepping outside his “comfort zone.” Unlike his work rooted in subtraction, such as the exquisite skeletons carved into common tools in Fable (PFOAC Toronto, 2012), Lasserre has assumed the role of engineer, building “uncompromising” formal compositions. These pieces continue his project to re-imagine the potential of material to create “a new fact in the world,” but never has he distanced his work so far from the safe idioms of art, what he calls “processed product.” No, these four works are “absolutes” and “nothing if not sincere.”

Perhaps it’s the mechanical militarism, but Lasserre’s project recalls the Futurists. Lasserre went to Afghanistan because he enjoys struggle, the revelations of pushing material beyond convention, exposing new value that questions our existing implicit notions of worth. As such, Lasserre echoes the Futurists’ call to “break out of the horrible shell of wisdom” and their declaration, “Except in struggle, there is no more beauty.”

Yet, the Futurists divined its art to arm the masses, a new weapon. A century later, Lasserre’s project is one of disarmament. Crafted with the impeccable care for which Lasserre has made his name, the wholly believable “make-believe” objects in Perimeter neutralize, by way of uncanny encounter, “the big normalizing machine” that is humanity.

That Laserre’s work becomes normalized as art exposes its implicit tragedy. And it’s the tragedy of war, too. Our stalwartness to normalize, as a coping mechanism, restricts both human and machine to singular purposes, revealing, as philosopher Paul Virilio posits, that progress is really consensual sacrifice. This is the sacrifice soldiers say civilians cannot fathom. Yet Perimeter creates a potential confluence, a space of empathy in which Lasserre disarms our will to normalize, offering a moment for re-evaluation given the magnitude of ways to encounter the world. 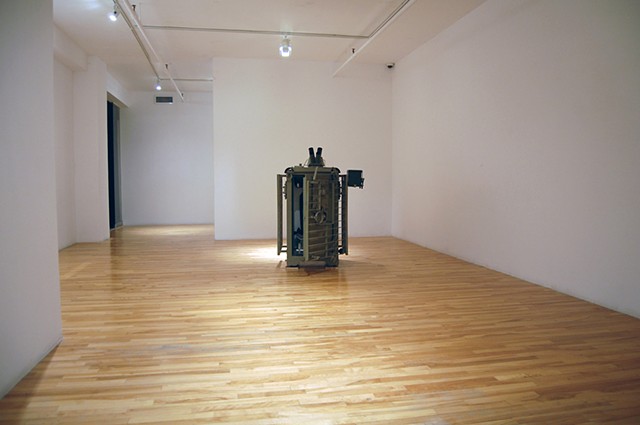 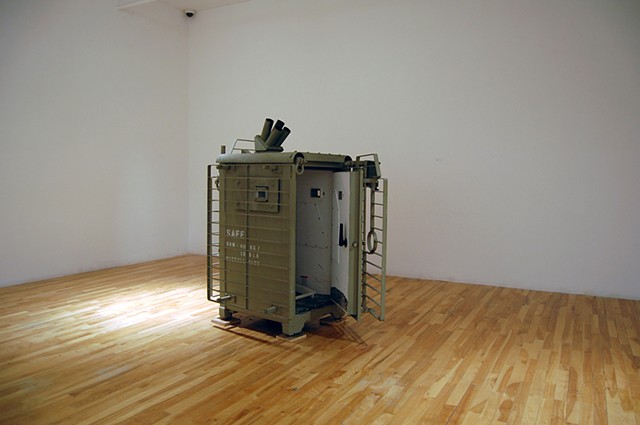 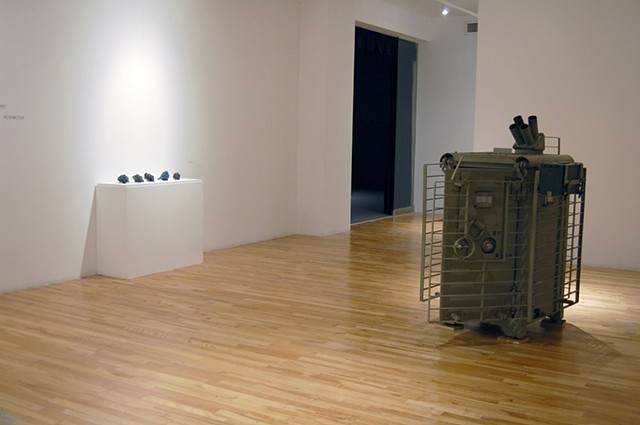 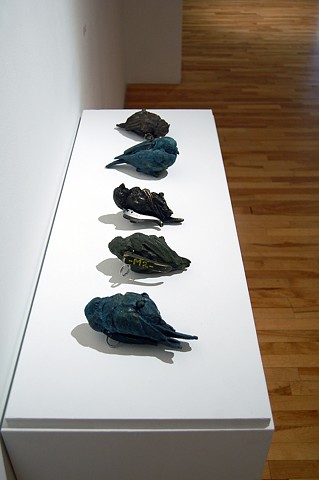 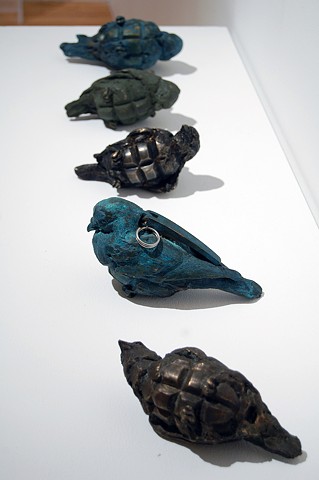 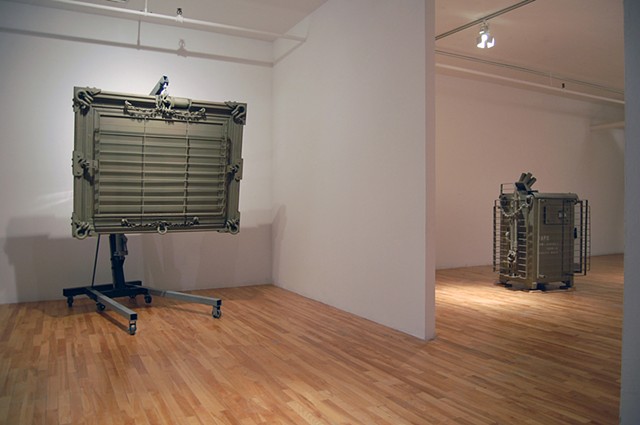 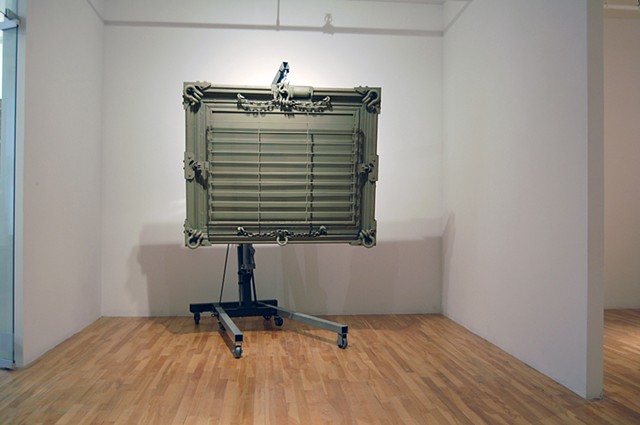 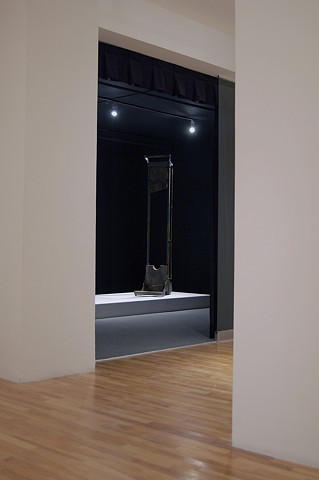 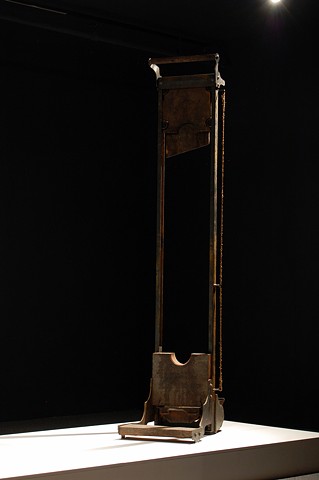 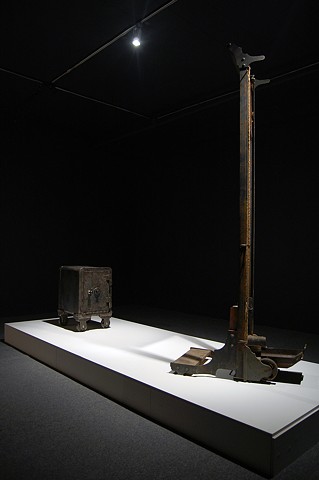 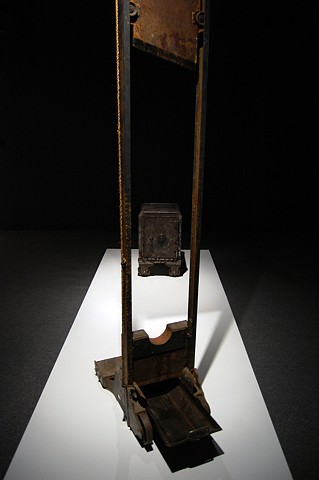 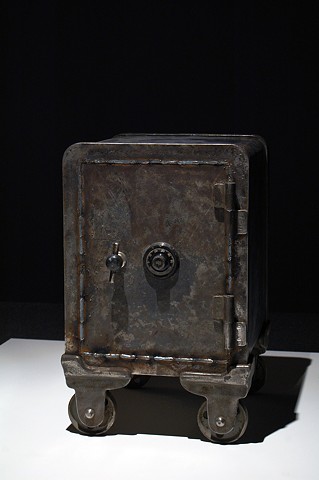 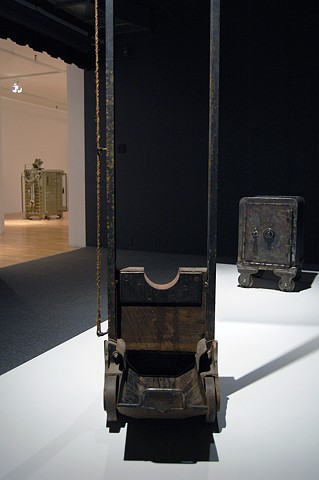 Perimeter
(Mechanical Equation for determining Meaning given Mass and Distance, Trust, and Safe) 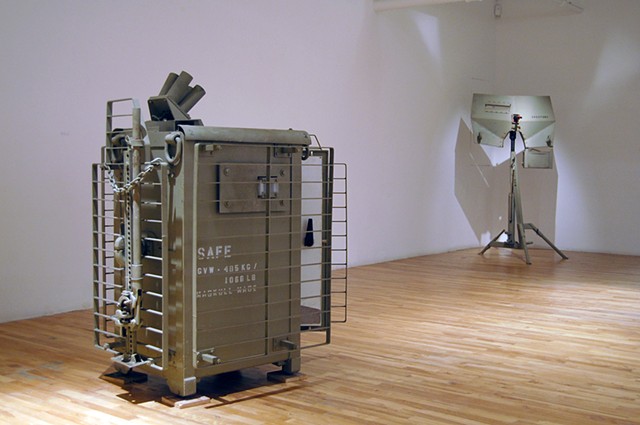 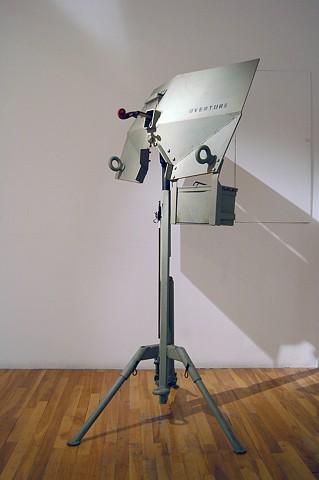 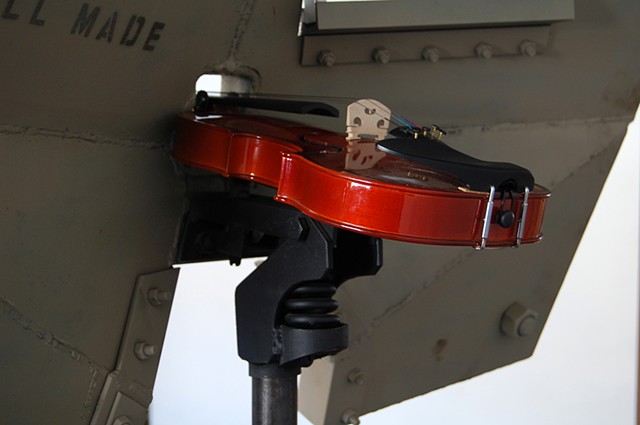 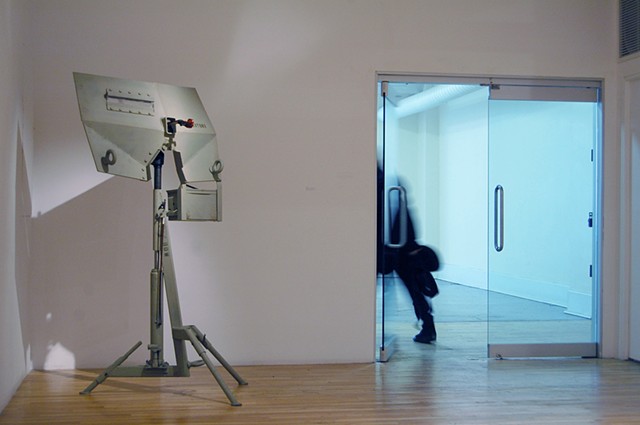